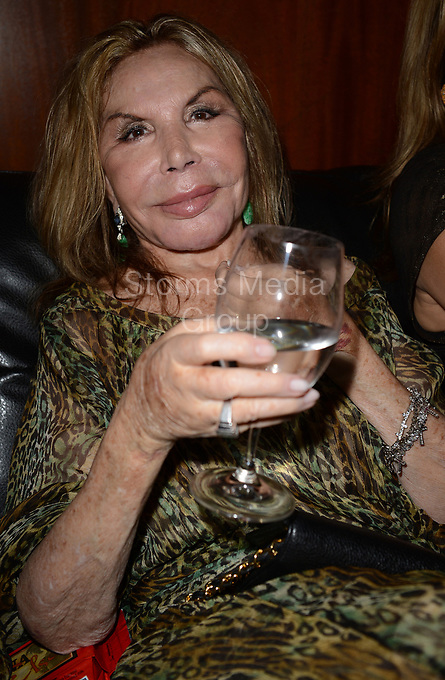 MIAMI BEACH, FL - AUGUST 16: (EXCLUSIVE COVERAGE) Real Housewives Of Miami star Marysol Patton has opened-up about the massive stroke that almost killed her mother Elsa Patton.
Elsa suffered her stroke back in March just a few days before the cameras were about to start rolling on season three of the reality show in which she makes guest appearances. And her 46-year-old daughter has revealed that she did not believe that her colourful mother was going to make it after suffering a brain hemorrhage. 'I thought she was going to die,' Marysol told Radar Online.
'I can’t tell you how sad I was and how lonely I was that my mom wasn’t going to be there anymore.'
Elsa - who has gained notoriety for her love of plastic surgery - is popular with fans of the reality show and regularly makes guest appearances on it. The reality star's nightmare began on March 5 after Elsa, 76, was found by her staff lying on the floor of her bedroom passed-out on August 16, 2013 in Miami Beach, Florida