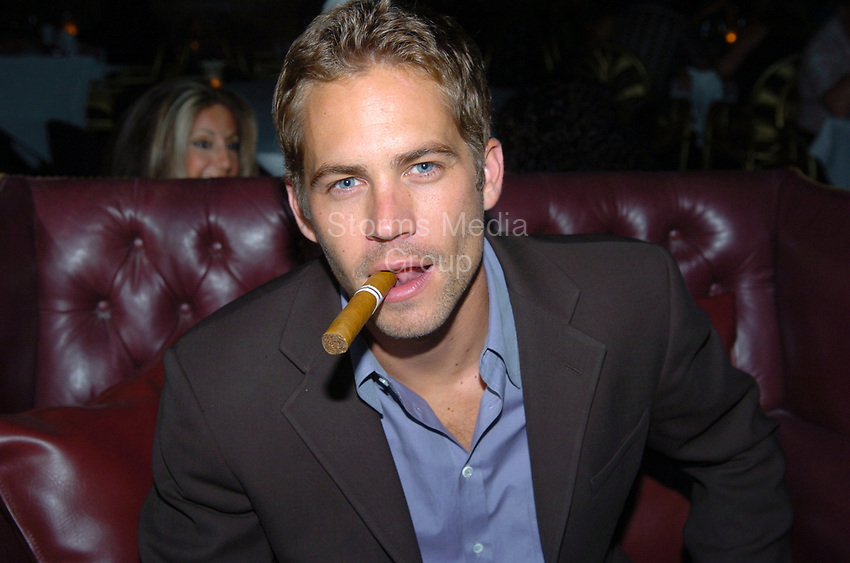 MIAMI, FL - NOVEMBER 30: (EXCLUSIVE COVERAGE) Actor Paul Walker, who shot to fame as star of the high-octane street racing franchise "Fast & Furious," died Saturday in a car crash in Southern California. He was 40. Walker's publicist Ame van Iden confirmed his death, but said she could not elaborate beyond statements posted on Walker's official Twitter and Facebook accounts. Walker was a passenger in a friend's car and both were attending a charity event for his organization, Reach Out Worldwide, in the community of Valencia in Santa Clarita, about 30 miles north of Hollywood. The website for the charity said the Saturday event was intended to benefit victims of Typhoon Haiyan in the Philippines. The crash took place about 3:30 p.m. (6:30 p.m. ET), about 300 yards from the office park where the event was held. The Santa Clarita Valley Signal, citing a sheriff's deputy at the scene, said a red Porsche appeared to have lost control. Deputies arrived at the scene to find a vehicle on fire, the sheriff's department said in a statement. Once fire crews put the flames out, they found two occupants, both of whom were pronounced dead at the scene. Saturday evening, all that remained was the burnt mangled metal of the car and a light pole that had been knocked down on November 30, 2013 in Miami, Florida.