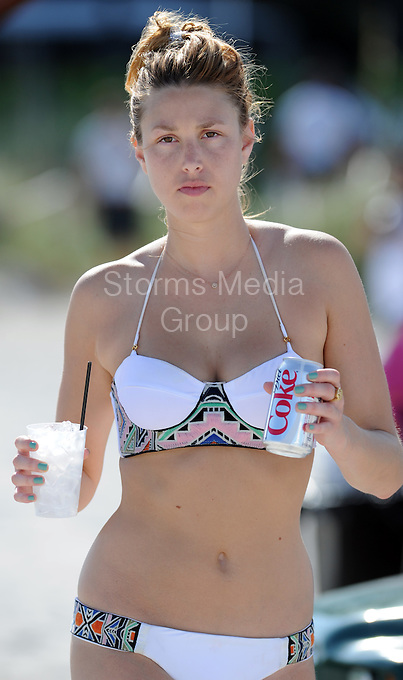 MIAMI BEACH, FL - JULY 16: Whitney Port looks hot in a white bikini as she soaks up some sun and fun with an unidentified man. Whitney Eve Port (born March 4, 1985) is an American television personality, clothing designer, and author. She is known for being one of the main cast members on the former MTV reality series The Hills. She was the narrator and main star of the former MTV reality series spin-off, The City. Port was a former fashion contributor for Teen Vogue and has worked for Diane von Fürstenberg. On July 16, 2011 in Miami Beach, Florida, (Photo By Storms Media Group)