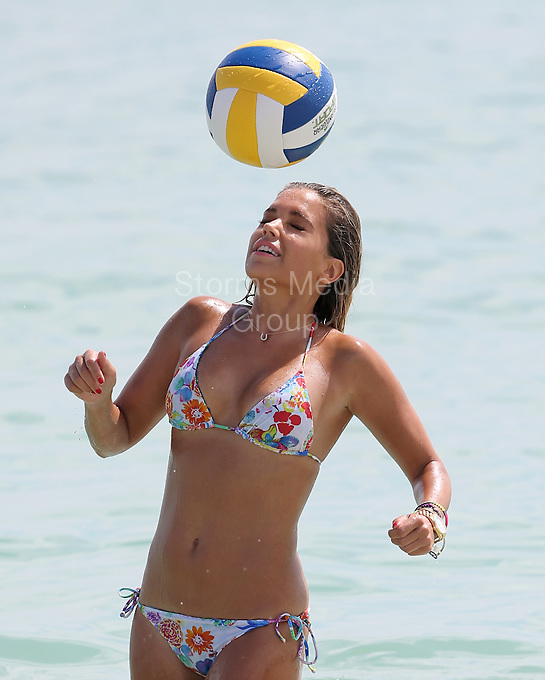 MIAMI BEACH, FL - OCTOBER 09: Dutch television personality Sylvie van der Vaart 35 has had a difficult year with her marriage ending with former Tottenham Hotspur footballer Rafael van der Vaart and him two weeks later taking up with her best friend. But the Dutch model wasn't letting any of that get her down as she enjoyed an active day wearing a sexy floral bikini and playing ball on the beach in Miami with her seven-year-old son Damian on October 9, 2013 in Miami Beach, Florida