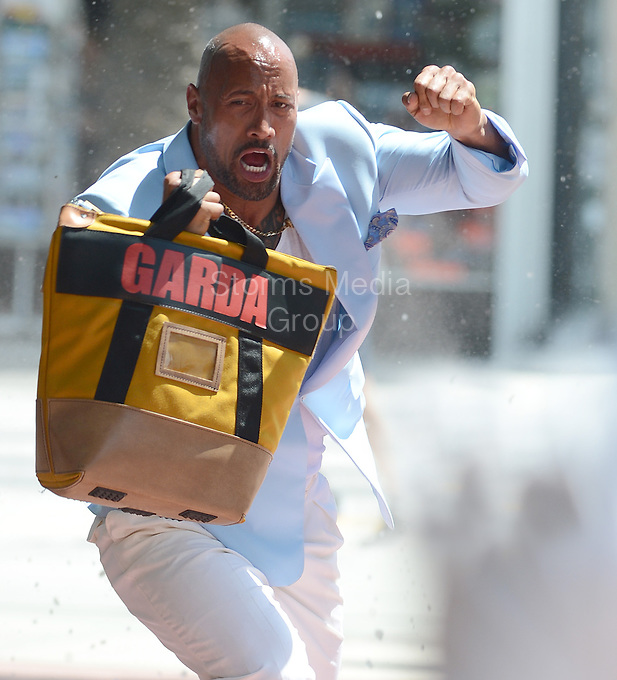 MIAMI , FL - APRIL 14: Dwayne Johnson on the set of the new movie Pain and Gain which is directed by Michael Bay . Dwayne Douglas Johnson (born May 2, 1972), also known by his ring name The Rock, is an American actor and professional wrestler who is signed to WWE, appearing on the Raw brand He is often credited as Dwayne "The Rock" Johnson. on April 14, 2012 in Miami Beach, Florida. (Photo By Storms Media Group)