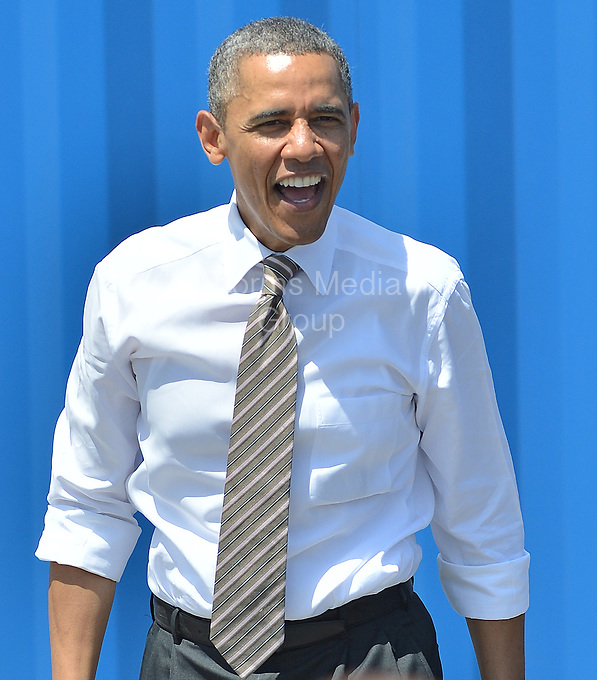 MIAMI, FL - MARCH 29: President Barack Obama approaches the podium during an event at PortMiami in Miami, Florida. The president spoke about road and bridge construction during the event at the port in Miami, where he also toured a new tunnel project on March 29, 2013 in Miami, Florida.