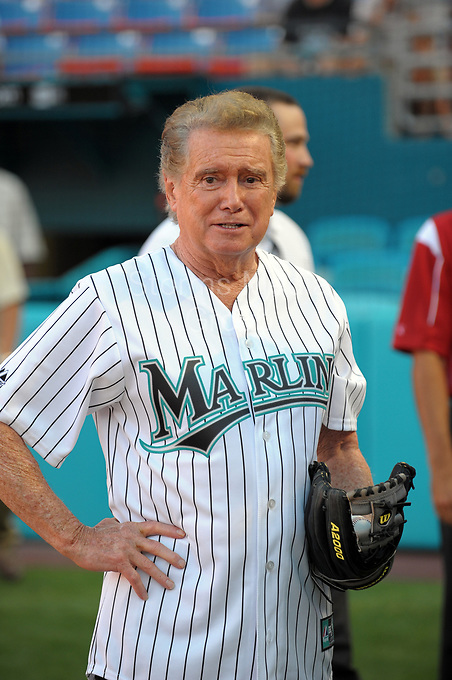 MIAMI BEACH, FL - JANUARY 20: He has survived the champagne-like, overly bubbly personalities of Kathie Lee Gifford and Kelly Ripa, and now, veteran broadcaster Regis Philbin is sailing off into the sunset. Philbin, 79, told the world on yesterday's Live With Regis and Kelly that he's retiring from his weekday talk show at the end of the summer. Reeg has hosted the show for a quarter-century. He did specify which date would be his last. Live with Regis and Kelly is a syndicated American television morning talk show, hosted by Regis Philbin and Kelly Ripa. The show, known as Live with Regis and Kathie Lee when Kathie Lee Gifford was co-hosting, has aired since 1983 in New York City and 1988 nationwide. on January 20, 2011 in Miami Beach, Florida