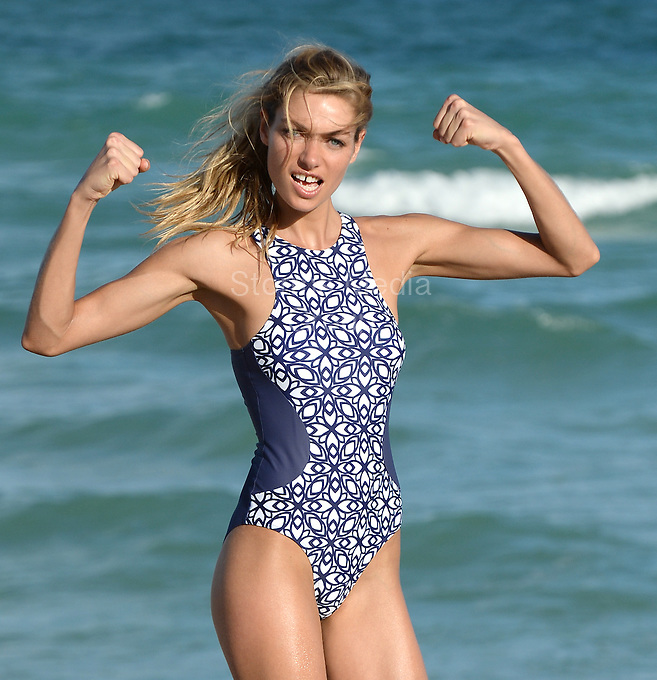 MIAMI BEACH, FL - DECEMBER 06: Jessica Hart gets back to work modeling bikinis after rumors of being fired from Victoria's Secret. Jessica Hart (born 26 March 1986) is an Australian model that appeared in the 2009 Sports Illustrated Swimsuit Issue. She was born in Sydney, Australia. She was discovered in Melbourne and has appeared on the cover of Australian Vogue on December 6, 2013 in Miami, Florida. (Photo By Storms Media Group)