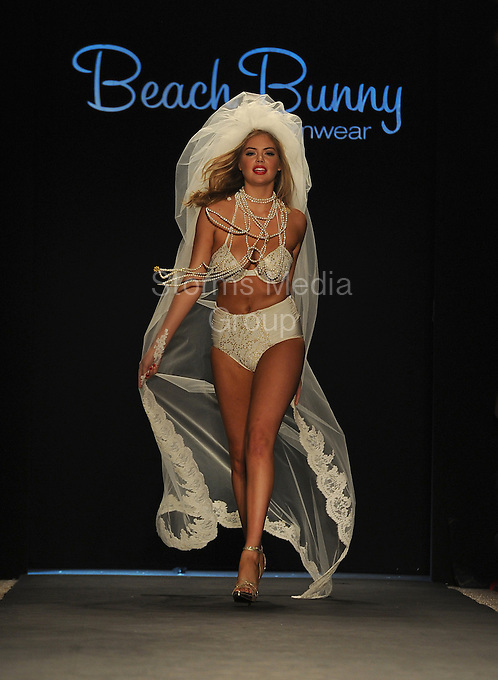 NEW YORK, NY - JANUARY 11: (STORY NY POST) Sports Illustrated has taken Kate Upton to a place few have gone before — space. We’re told the voluptuous blond model, who graced the cover of SI’s 2012 and 2013 Swimsuit issues, was photographed in a bikini in “zero gravity space” for this year’s 50th anniversary issue.
Sources tell us Upton was shot in a zero-gravity chamber in a silver swimsuit with weightless ample bosom and big hair that made her “look like something out of ‘Barbarella.’ ”
Last year, when Upton was photographed for SI in Antarctica, Jimmy Fallon joked with the beauty that her next cover should be shot in space. “Think about this; there’s no gravity,” he quipped.
We also hear SI has photographed a series of legends to celebrate the issue’s 50th anniversary — Christie Brinkley, who appeared on three covers, from 1979 to 1981, and Tyra Banks, Carol Alt and Bar Refaeli.
It’s unclear who will be 2014’s cover star, as we’re told editors are still sifting through images of babes in bikinis to make a final decision. The issue hits newsstands Feb. 11. SI declined to comment on January 11, 2014 in New York City. (Photo By Storms Media Group)