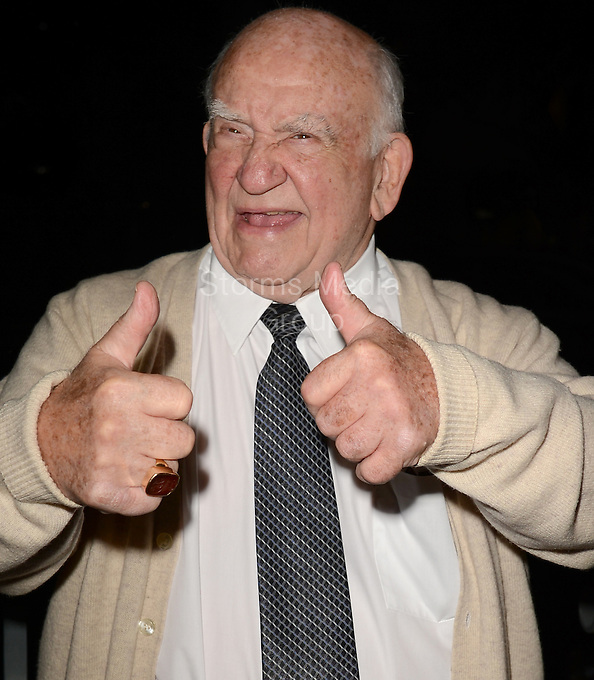 FORT LAUDERDALE, FL - OCTOBER 23: Actor Ed Asner is presented with the FLiFF Lifetime Achievement Award at The 28th Annual Fort Lauderdale International Film Festival at Cinema Paradiso. Mr. Asner's live performance of a scene from FDR, followed by a moderated Q&A about his career. Edward Asner (born November 15, 1929), commonly known as Ed Asner, is an American film, television, stage, and voice actor and former president of the Screen Actors Guild. He is primarily known for his Emmy Award-winning role as Lou Grant during the 1970s and early 1980s, on both The Mary Tyler Moore Show and its spin-off series Lou Grant, making him one of the few television actors to portray the same leading character in both a comedy and a drama on October 23, 2013 in Fort Lauderdale, Florida. (Photo By Storms Media Group)