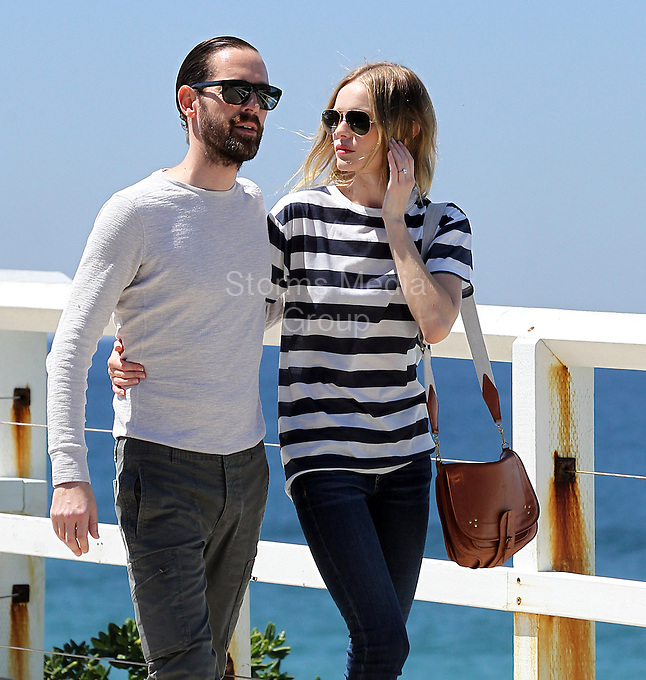 Kate Bosworth said "I do" to director Michael Polish on Saturday during an outdoor ceremony at The Ranch at Rock Creek in Philipsburg, Montana, PEOPLE confirms. The Superman Returns star, 30, met and fell in love with Polish, 42, when he directed her in the drama Big Sur in 2011. The sparks flew and it was love at first sight. "I never even dated my husband-to-be," Bosworth told InStyle UK in its September issue. "He said to me after just a few weeks before we were even together, 'I'm going to marry you.' He just knew." Bosworth confirmed her engagement in September of last year, Tweeting, "Thank you for all the wonderful engagement wishes...We feel truly blessed." As for wedding details of her big day, the Blue Crush actress revealed that the ceremony is "not the norm and whisky will be involved." This is the second marriage for Polish, who has teenage daughter, Jasper, with make-up artist Jo Strettell. They divorced in 2004.