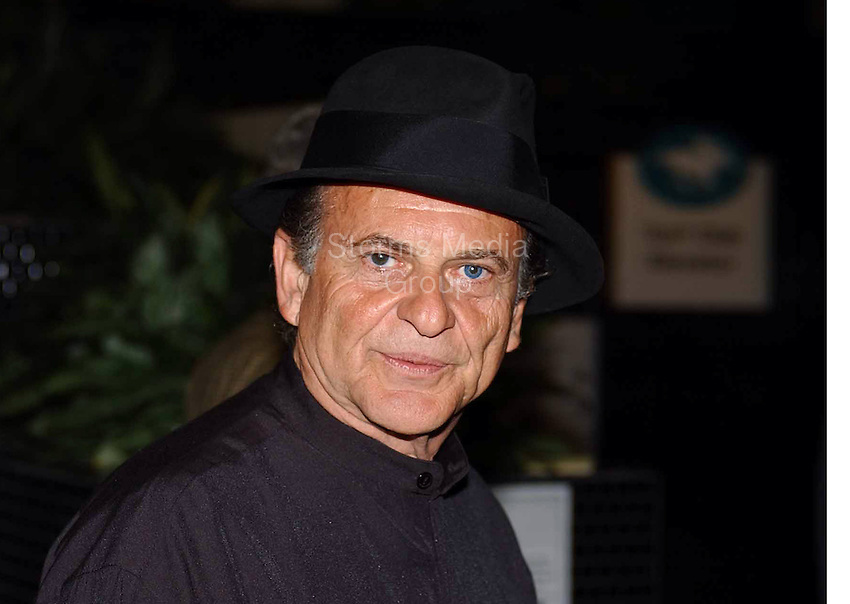 MIAMI, FL - JULY 28: (DAILY UK) Oscar winning star Joe Pesci is suing for $3m after piling on 30lbs to play a mafia mobster - only to be dumped from the role.
The Hollywood star has filed a lawsuit against the producers of a new film which stars John Travolta as mob boss John Gotti Jr.
Pesci claims he was offered the part of Angelo Ruggiero, a close friend and enforce for Gotti Jr, and agreed a $3m deal.
In preparation for the role he gained almost 30lbs to help play Ruggiero who was well known for his heavy and stocky build.
But in legal papers filed in Los Angeles the 68-year-old actor claimed he was dropped from the role and offered a lesser role and reduced salary.
The lawsuit claims the Oscar winning star of mobster classic Goodfellas deliberately gained weight in anticipation of the role.
'(Pesci) ended his very strict and healthy diet, and has so far gained approximately 30 pounds in anticipation of playing Ruggiero, who was well known for his heavy and stock build,' the lawsuit states.
The lawsuit claims the producers of the film Gotti: In the Shadow of My Father used Pesci's name and status to drum up support for the project.
The lawsuit says:' Defendant has no intention of paying (Pesci) $3 million or having him portray Ruggiero in the film.
'Rather, plaintiff secretly planned to use (Pesci's) name and likeness to promote the film and then to later concoct some pretext for terminating the contract so as to avoid paying plaintiff anything for the substantial publicity and "buzz" that was generated.'

The film tells the story of the New York based Gambino crime family, once considered the most powerful criminal organisation in the world.
The movie has received the blessing of Gotti's son John Gotti Jr, who posed for photographs with some of the cast at a press conference in April.
Travolta will play John Gotti Sr, with his wife Kelly Preston as Gotti Sr's wife Victoria, and his daugh
Storms Media Group is a News Agency specializing in late breaking celebrity News & Images. © 2011 Storms Media Group Inc. All rights reserved